Only in the Philippines!

I don’t think there is any country in the world that celebrates Christmas the way Filipinos do. It’s only in the Philippines that Christmas is celebrated the longest. The Christmas feel begins on September 1 – the beginning of the BER months to the Feast of Epiphany or Three Kings on the first Sunday of January after New Year. Imagine that? A four-month-long Christmas celebration!

While Christmas is celebrated all over the world, Filipinos were able to create traditions that are truly theirs. When it is talked about and shared with other people, especially foreigners, they usually say that it is, in fact, only in the Philippines.

Wherever you are in the country, you’ll see most of the things in this list that I’ll be sharing with you, if not all. Since the Philippines is a largely Catholic place, most of the church-related items here are rather religious. While I am sure there are other ways people celebrate Christmas in the Philippines, growing up, these are things I have seen and practiced.

Below are some of the traditions and customs that are practiced by Filipinos.

At the onset of the BER months, you’ll already hear Jose Mari Chan’s long list of Christmas classics on the mall speakers, radio stations, and even on TV. The two major channels in the country also have this tradition of releasing their Christmas station ID, which usually makes you shed a tear.

September is basically the beginning of the Christmas season in the Philippines. Some families start decorating in September, especially if they do not decorate for Halloween. But often, families decorate after Halloween or at least a month before Christmas.

A parol is also known as a lantern. In the Philippines, a parol is traditionally shaped in a star and is made from colorful papers, bamboo sticks. Somewhere in 1928, these lanterns were created to help the villagers find their churches or chapels to pray. These lanterns were eventually used to enhance the spirit of Christmas. Filipinos usually put parols in the front of the house, their schools, and offices.

For many Filipinos, completing the Misa De Gallo is a bucket list they have to check every December. This tradition started in the Spanish colonial periods as a compromise for Filipino farmers who worked before sunrise, so that they can avoid working under the heat of the sun.

Misa De Gallo is also known as the nine mornings. This is a series of mass that starts on December 16 and ends on December 24. These masses are made in honor of the Blessed Virgin Mary. Filipinos have to wake up in the crack of dawn.

Filipinos are known to be great with food – either in cooking or in eating them. With that in mind, Filipinos have a different craving during the Christmas season. After attending Misa De Gallo or Simbang Gabi, expect some stalls outside the church that sells puto bumbong, bibingka or nectarous rice cake and the famous tsokolate or hot chocolate. Of course, other native delicacies and snacks are being sold in the area. Sometimes, the church even provides the tsokolate for free for the people who attended the mass.

Some bigger churches in the Philippines usually hold bazaars outside their building. This is to encourage people to reminisce Filipino traditions like buying the native delicacies that are just available during Christmas. There are other cute finds during these bazaars as well, usually intended for Christmas Eve like queso de bola, ham, or some trinkets for gifts.

Like in most countries, Filipinos celebrate Christmas with songs and praises. Sometimes, even during September, there are some groups of kids who go around the streets visiting every door to sing their Christmas songs. What makes caroling in the Philippines cool and sometimes funny is that these kids (and sometimes adults) create their musical instruments – using bottle caps, plastic containers and sometimes stainless cooking pans.

Homeowners sometimes give these carolers money or candy. Schools or some other OSY or out-of-school youth or private organizations use caroling as an income-generating project – so expect their songs to be way better than the kids who visit your house at random.

After the midnight mass on December 24, families and friends come together to celebrate this event. Noche Buena is a family dinner at midnight, which is usually grand than a normal dinner. The table is filled with a hearty feast of delicious food.

During Noche Buena, Lechon and pancit is a usual staple. Along with that is ham, Queso de bola, and tons of desserts. This is probably the most awaited part of the Christmas season, aside from the exchanging of gifts of the family. This is also the best time for families to have reunions in their ancestral homes, especially if they come from different places as adults. 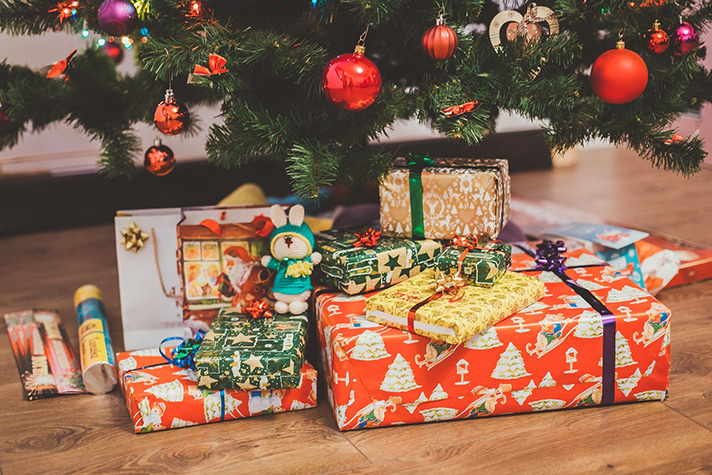 These presents are sometimes toys for the kids and money for adults. Aguinaldo is something grandchildren expect from their grandparents or older relatives during a get-together in this season.

While on the topic of gifts, since Christmas is the most wonderful time of the year to give presents, parties and get-togethers are not complete without Monito-Monita. This is the local version of Kris Kringle in the States, where participants exchange gifts with a secret Santa. Identities of gifter and the giftee are revealed during the party or on Christmas Eve.

Monito-Monita, like Kris Kringle, can sometimes be week-long or month-long before the Christmas party or Christmas Eve. The main gifts are given on the party while in the days before the main exchanging gifts are small trinkets where it is usually tricky as to when you are going to place the gifts for your Monito or Monita without them or anyone noticing.

9. Display Belen or The Nativity Scene

Growing up, I noticed how my Mum really makes sure that our house has these figurines or photos of the Nativity scene – depending on the theme we have for that year or on the available Belen she purchased. Sometimes, keeping an entire Belen is hard work, especially if there are kids around since there are so many pieces, and children just love to pick them up and play with them. 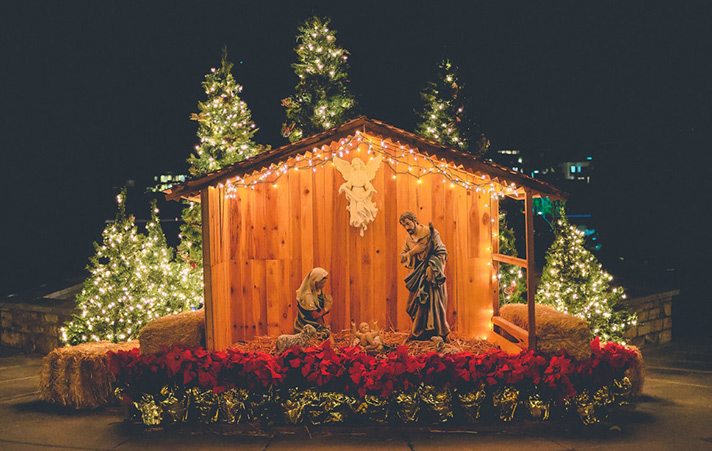 Belen, as Filipinos call it, is as iconic as the parol as a Christmas decoration. If you visit the Philippines for the first time at Christmas, you’ll find that Belens are also showcased in churches, offices, parks, and even in malls. The Belen is a staple for most people in the country, especially for the Catholics. Like all-thing-Christmas-related in the Philippines, the Belen is displayed until the Feast of Epiphany, which marks the end of the season for Filipinos.

We mentioned that Filipinos rock Christmas so much that we celebrate it until the Feast of the Epiphany or Three Kings. With that in mind, we added the Media Noche as a part of the Christmas tradition that Filipinos practice. Media Noche is the dinner during New Year’s Eve.

Like on the eve of Christmas, Filipinos celebrate it by attending a mass before having the Media Noche. The Feast of the Epiphany or Three Kings falls on the first Sunday of January. This marks the day where Filipino homes stow away or keep their Christmas decorations.

OOTD While Staying at... 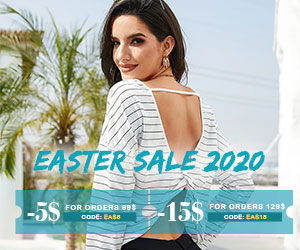 OOTD While Staying at Home: What...

Preparing for the Holidays: What to...