Bagnet is no doubt the most famous Ilocano dish. When you think of Ilocos Norte, the first thing that will come into your mind would surely be bagnet. It has become Ilocos Norte’s Holy Grail if it comes about Ilocano dishes. Granted that Lechon is the most popular dish in the Philippines, but, bagnet isn’t that far behind.

The most common name for bagnet outside the Ilocos Region is chicharon. But why did it have its own name? It’s because by the way it looks and how it is prepared and cooked. Unlike chicharon, bagnet comes in slabs. The nearest dish that could think of in terms of similarity is Lechon Kawali. 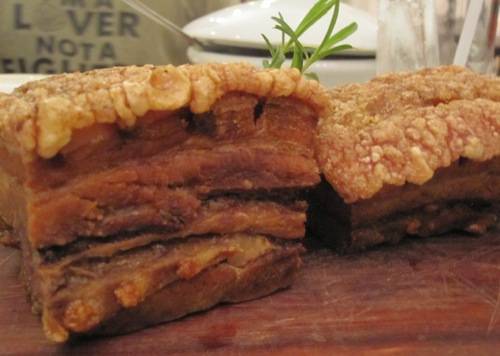