PhilPop Bootcamp 2019, The Maestro and the Women Behind its Silhouette

In its aim to bring out the best in every Filipino rising musicians, Philippines’ best singer-songwriters gather together to work as a team and reach out to those whom they share passion with through a PhilPop (Philippine Popular Music) Bootcamp 2019, headed by the Maestro and the country’s National Artist for Music, Mr. Ryan Cayabyab.

Its third training-workshop was held at Lingayen, Pangasinan last September 24-27, 2019 joined by 26 promising singer-composers. The said boot camp enables Filipino songwriters from different corners of the country to develop their skills to produce valuable content – worth listening to. 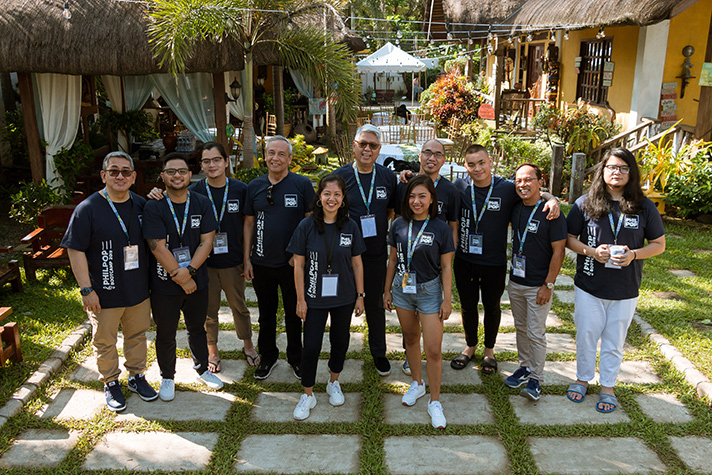 The Women Behind PhilPop Bootcamp 2019

However, one may easily notice how only a few Pinays are able to join and understand the rhythm of the maestro, along with his passion and make a name of their own in the industry. Among a few of these renowned female singer-composers are Trina Belamide (singer-composer, popularized the songs Tell the World of His Love, You Made Me Stronger, Shine, Now That I Have You), Yumi Lacsamana who both served as coaches to the participants and Dinah Remolacio (Executive Director – OPM), who with all her passion for music, spearheaded the event. 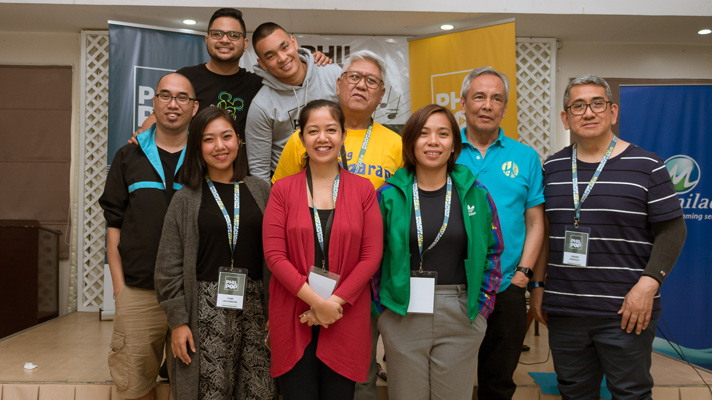 When asked about the difference between how men and women write songs, Trina Belamide says that there’s really no gender in songwriting. However, women may tend to have a lot of sensitivity. With the seemingly limited number of Pinay singer-composers, she thinks that the common factor affecting the involvement of such talents include one’s civil status.

Writing songs requires more time to focus, and being involved with an organization to help the younger generation with the same craft will demand more time. She thoughtfully acknowledged how moms could be more active even when their passion for music screams for their presence. 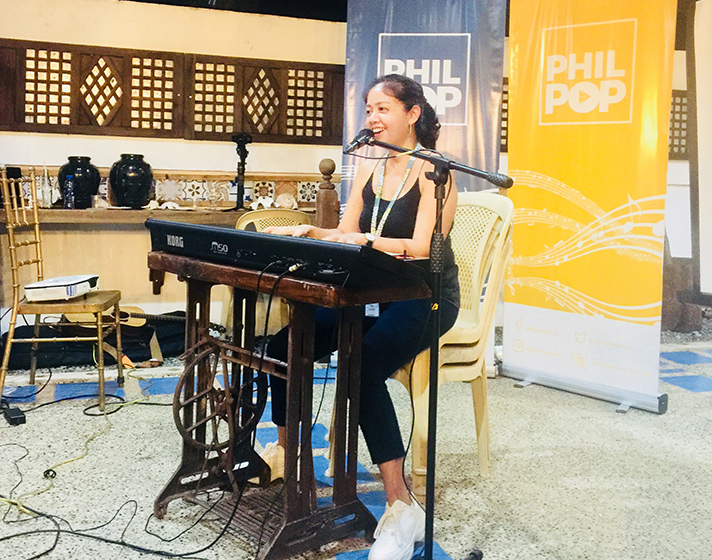 Miss Trina Belamide singing “Now That I Have You” for the fellows.

90’s kids may still hum the theme song of the World Youth Day in 1995 entitled “Tell the World of His Love” in time for Pope John Paul II’s visit to the Philippines. Trina emerged victorious in the songwriting competition for the said event about 20 years ago. With all honesty, she revealed that her very first motivation was to only win the contest with the prizes that include a trip to Rome for two, which she may give to her parents and of course, wanting to make a name of her own.

At the time, she has already been into songwriting, but somehow, Trina felt unworthy of writing Gospel songs as she described her relationship with God as casual and nothing really intimate. What she did, according to her, was say a prayer telling Him that if He wants to use her as an instrument, let it be through the song.

She described the writing process as though she was only putting rhyming words together and typically trimming and adding verses without even reading the bible at the time. To Trina, God works in mysterious ways as Tell the World of His Love led to a strengthened relationship with Him.

Among the artists she has worked for is Regine Velasquez, who sang her written pieces of You Made Me Stronger and Shine, The Company who sang Now That I Have You.

To a Trina Belamide as an accomplished singer-composer and one of the coaches during the Philpop Bootcamp 2019, songwriting involves a lot of creativity and technical aspects where concept should come first. These, according to her, are a few of what they’ve been sharing to the participants – the younger generation of music. 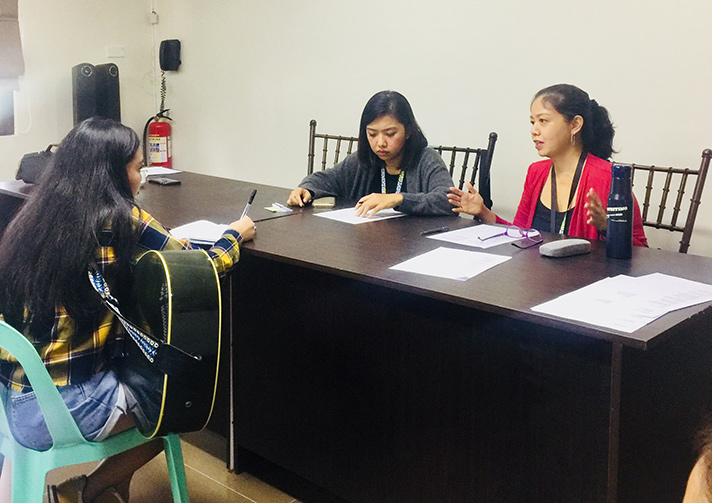 Yumi Lacsamana and Trina Belamide, song critiquing for Group 2 on the 3rd day of the Bootcamp Pangasinan Leg 2019

Yumi Lacsamana, 31, had been in the music industry for quite some time, having had a corporate job during the day and pursuing her passion for music by night. Winning PhilPop Music Festival twice with the songs she wrote with Thyro Alfaro, namely “Dati,” interpreted by Sam Concepcion and Tippy Dos Santos in 2013 and “Triangulo” they magnificently interpreted themselves with Jeric Medina in 2015 became her career breakthrough in the music industry.

She too selflessly shared with the fellows (Boot Camp participants) the lights and shadows of collaborating with fellow musicians, thus stressing out how it has made her confident with the songs she had been writing. To Yumi, OPM is not dead – it’s everywhere.

While there are only a few women like her in the industry, she’d like to think that there’s a variety of hobbies that these women may be interested in. “Kanya-kanyang trip yan.”, (We all have our own interests.) she’d say. However, if there are more women singer-composers out there, she encourages them to step up for their songs to be heard, and their skills will be shared. 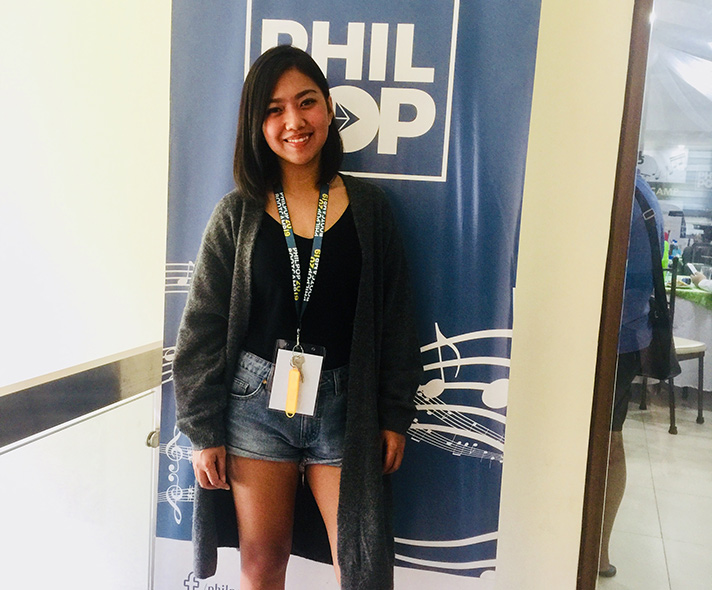 Of course, the success of the said event wouldn’t have been made possible without the hard work of another wonder Pinay in the group – the Executive Director for the Organisasyon ng Pilipinong Mang-aawit/Philippine Popular MusicFest Foundation, Incorporated for more than six years now – Ms. Dinah Remolacio.

She made sure that everyone is well-taken cared of and that every single minute is enjoyed not just by the coaches and mentors but the fellows in particular. It’s never a piece of cake to make sure a Bootcamp is a success with a great bunch of 26 fellows in attendance! Kudos to Ms. Dinah Remolacio and such a competitive team! 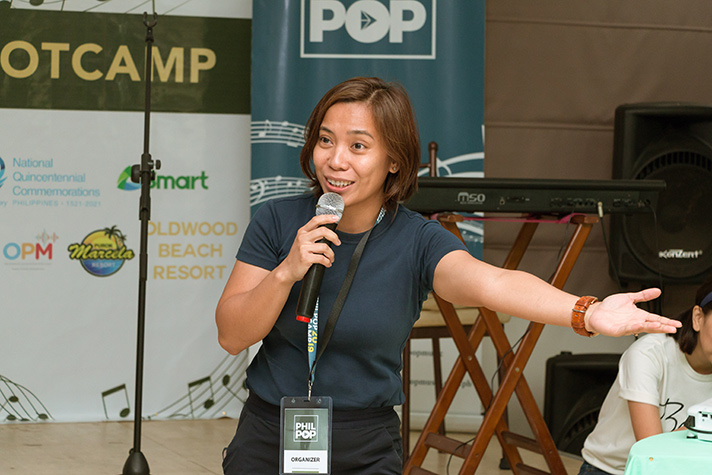 Ms. Dinah Remolacio, ensuring the fellows make the most out of the Bootcamp.

The Philpop Bootcamp is certainly one great preparation for the biggest songwriting contest in 2020 – another big event that every single music lover will look forward to. According to The Maestro Ryan Cayabyab, events as such can bring out the best in every rising singer-songwriter. It w